The ANC wants your firearms to take your land

The ANC wants to disarm law-abiding citizens to have absolute control over their property.

Does that sound like a sweeping statement, or could it be the simple truth? I think we might be pretty close to the truth as the ANC is currently proving many of the ‘most extreme’ supposed conspiracy theorists to be right with everything else they predicted in the past.

To ascertain the true intention of the government’s latest move to amend the Firearms Control Act, we must start connecting the dots of a series of decisions by the government over the last couple of years.

After the recent release of the crime stats by the Minister of Police, Bheki Cele, we can safely say that South Africa is currently at war with itself. Unfortunately, there is no political will to address the current crime-related issues. Almost 60 murders per day, 116 women raped per day, and the list continues into a dark abyss that all citizens have somehow seen or experienced first hand or otherwise.

Over the past years, we saw communities mobilising themselves with neighbourhood watches, farm watches and saw a significant increase in the growth of the private security industry. Many people have lost faith in the system meant to uphold some form of law and order or have simply dissolved in some areas.

Many called the looting of a few weeks ago a failed insurrection, whether it was that or not, the government were found lacking, again. They failed in every single part of their mandate and unintentionally exposed their own complicit cadres and obviously their own incompetence.

But, what if the criminal illegal firearm owner in South Africa is not the real focus of government with the proposed firearms control amendment bill? Could the recently proposed amendment draft bill be part of a bigger plan of government to gain control over firearm owners and their property by disarming them?

World history provides us with various examples where governments disarmed citizens when they feel threatened by members of their own society. Damian Enslin, chairperson of SAGA, explains it perfectly:

‘World history abounds with examples of governments, who even in modern times abolish firearms as soon as they feel threatened by their own citizens. History also shows that in most cases prohibition is followed in rapid succession by genocide or ethnic   cleansing. In the modern post-World War II era, several such tragedies occurred and it is significant to note that in most cases, certainly those documented in Africa, genocide was achieved by a rather “low-tech” approach.

The government backed Hutu minority in Rwanda, for instance, slaughtered more than 500 000 people in little more than six weeks. This was achieved with panga’s and assegaai’s and stands in stark contrast to the effects of the atomic “hi-tech” approach that decimated more or less the same number of people in Hiroshima. This human tragedy was the result of the application of modern weapons of mass destruction that resulted in worldwide treaties, embargoes and international co-operation between nations. Yet the single thing that has killed the most human beings in the history of mankind, was and is undemocratic governments.

It is interesting to note that the Rwandan State, as several governments worldwide before and since, first disarmed the population of that country. Once disarmament had been achieved, government issued its supporters the necessary means of perpetrating their objectives. Observers after the Rwandan genocide were united in the opinion that had the populace resisted disarmament from the outset, this tragedy could have been prevented.

Examples of prohibition resulting in genocide are not limited to Africa alone. One only has to remember how modern practitioners of the art, like Hitler, Stalin, Pol-Pot and a few select others, first embarked on a program of disarmament, ostensibly to effect social change, but ultimately leading to genocide. The old aphorism that a government that does not trust its citizens with firearms is not to be trusted, is now more true than ever before.’

Regrettably, there is a false stigma out there that gun owners are primarily from the traditional farming community, which is, by the way, utter nonsense. Over the years government used this stigma to target a specific community, like farmers, as leverage to try and gain control over them in South Africa.

I believe the proposed firearms control amendment bill is just the latest drop in the bucket in the furtherance of government movement to expropriate farms without compensation.

By disarming, farmers in particular, they are left powerless against the government to expropriate their property and the criminal element targeting rural communities with the already rampant rural crime.

The stricter guns laws in South Africa become through amendments, the closer we come to a country where eventually, there will be a total ban on owning a legal firearm. The government tightens its grip on our farming and thus rural communities, just like a python does with its prey before devouring it.

History has also shown us that the stricter guns laws are, the bigger the surge in violent crime is, as seen lately through the crime stats released by the minister of police, Bheki Cele.

At the same time, the government intentionally diverts your attention away from their true intention of targeting farmers by labeling the proposed amendments as a “step in the right direction” for more effective gun control, sparking a public outcry and debate to keep us busy. Recently Barry Bateman of ENCA reported on the issue of SAPS supplying guns to armed robbers which clearly “shoots” holes in government “label”.

Anti-gun lobby groups like Gun Free South Africa are incapable of understanding that stricter guns laws only disarm the law-abiding citizen. Illegal firearms owners and criminals will never be disarmed by stricter gun laws. The result will inevitably lead to the furthervdestabilisation of South Africa and shift all the power to the illegal firearms owners, being the criminal.

What South Africa need is better regulation and enforcement of the current Firearms Control Act by Bheki Cele and Cyril Ramaphosa. Constant tightening of gun laws and overregulating will not address the illegal firearms in South Africa, instead it will increase the problem as your law abiding citizens will become disobedient citizens.

That being said, why not decide for yourself?

By connecting the dots below, we can note the pattern which confirms the main focus of government with the proposed amendment:

What is the solution for our farmers?

Together we will conquer, divided we will fall. 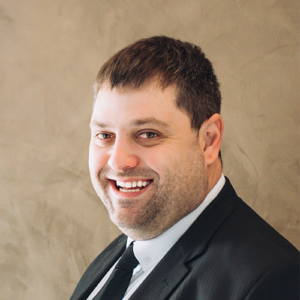 Heinrich Gonzales is a Director of HFG Attorneys Inc and SAGA Trustee. www.hfglaw.co.za