We often look back on history, reflecting on the evolution and progress of humankind – technologically, intellectually and emotionally. Indeed, we have become more tolerant, self-aware and open-minded? Maybe not. In many aspects, I believe we have regressed to a savage era gone by, only this time around, we are equipped with iPhones, social media accounts and high-speed internet. Instead of public floggings, we have resorted to unleashing digital lynch mobs of “highly offended” anonymous trolls and social justice warriors on those found guilty of micro-aggressions, thought crimes or opposing views.

Do not think we have forgotten about that acting job you did in the early ’90s or that joke you tweeted in 2006.

The experienced social media sleuths will run background checks faster than the FBI, publishing your employer’s contact details, your home address, mother’s maiden name and demanding that you be dragged to the gallows. No amount of apologizing, defending or kneeling will save you. Consider yourself de-platformed. Your career, friendships and reputation are forever damaged, primarily if a media house identifies an opportunity to publicly display the carcass of your now shameful existence for clicks.

I find this behaviour in a modern society deeply disturbing.

One highly publicized example of cancel culture was the removal of Leon Schuster’s Showmax content for depicting blackface in his movies such as Mama Jack and the apology that followed from fellow comedian Rob van Vuuren for his role; in Schuks! Your Country Needs You. The cancelling of Schuster was met with mixed emotions. The overwhelming majority of South Africans (of all races) expressed their outrage on social media, disappointed that their beloved comedy legend had fallen. An icon who – in their opinion – formed part of their childhood and built bridges over the country’s troubled history by exploring the humour in our cultural differences.

And then, I saw this: Opinion | Conrad Koch: “I grew up loving Leon Schuster. He’s an icon of our racist society” on Art24.

Conrad has every right to have and share his opinion on the subject. As I have to share mine (I have extended an invitation for Conrad to come to my show to discuss his views on comedy; unfortunately, he declined). I found his article challenging to read without my eyes involuntarily rolling back into my head.

In his opinion piece, Conrad defends Showmax’s decision to delete Schuster’s content. He touches on how using certain accents used in comedy is and should (in his opinion) be offensive and reflects on his history of portraying blackface through his puppet, Chester Missing. Conrad approached the subject like a self-appointed comedy policeman, deciding who and what audiences should be offended by. Conrad does not speak for all comedians or all audiences. Neither do I. Neither do the ‘woke’ or social justice warriors.

No one is bigger than comedy.

The people decided that Leon Schuster was an icon, a legend, they bought his CDs, DVDs and cinema tickets. Let us not attempt to create offence where none was taken in the first place. It cancels culture and articles like Conrad’s that create fear amongst performers, creating censorship and stifling creativity.

My fight against cancel culture hasn’t been an easy one. Many of my friends and colleagues in the comedy industry have distanced themselves from me (some disagree with my views, others are afraid to associate with me – again, due to cancel culture).

However, what continues to drive me along this narrow road is my love for the art and the support from the many performers who have reached out to me privately who feel they have no voice.

“I feel like you spoke for most of us because usually we will just roll over or censor what we won’t say.”

“You stood up for a lot of us who feel deprived of expressing who we are and our beliefs, even if it’s not even in a bad way.”

“I just want to say thank you and more fire to you, brother, for actually standing up and fighting back because you are not just in it for yourself; you’re fighting for a lot of us.”

Powerful words. I cannot describe how grateful I am for all the messages of encouragement. It is, however, bittersweet. Comedians and performers have become hesitant to create content or share fresh perspectives, second-guessing every joke or skit. As cancel culture leaks into the arts, this is a cause for grave concern. When we censor art or artists, we should all be worried. Especially when ‘woke’ individuals think they have the power and authority to determine what is and is not art.

Comedy is art. Art is subjective.

Art is a personal expression of an individual’s unique imagination, perspectives, observations and experiences. It can be beautiful or grotesque, inspirational or offensive, thought-provoking or superficial, depending on the lens through which its audience perceives it. Not everyone will or should appreciate your art, which is fine, but it should never be censored. Imagine for a moment a world where jokes, paintings, cartoons, music, books and movies are only allowed to exist if they are not offensive to anyone. You can’t because everything has the potential to possibly offend someone in 2021. Yes, even chess, the board game. As an ABC radio host (with over-active racism spidey-senses) recently suggested that chess is now considered “racist”.

We can either not offend anyone at all or allow comedy to exist. It is impossible to have both. If you look for something hard enough, you will eventually find it. The only way to avoid offence is by steering clear of topics relating to gender, sex, sexual preference, physical appearance, medical conditions, religion, family, historical events, crime, race, culture, countries and any stereotypes. Now think of your favourite comedian. Which of their jokes would be acceptable within these confines? Probably none, well, perhaps a one-liner about the weather.

Who should decide what is acceptable and what is not? Do we need to elect a panel of art, expression and thought police? Would we need to submit our jokes and screenplays to these “authorities” for approval? How would we punish “transgressors”?

As comedians, we only have one job, and that is to make people laugh. If a comedian indeed says something racist or highly offensive and unacceptable, his career will not survive. They eventually won’t have an audience. If you do not like a performer, do not watch or go to their show. Please don’t follow them on social media. Their audience decides what is funny. That is why we go to open mic nights to practice our material on audiences. When they laugh, we know we are on to something.

Companies and brands seem to be unaware that they enable cancel culture and allow the mob mentality to thrive. They appear petrified, pandering to pitch-forked minority’s whims at the slightest threat of a ‘somethingmustfall’ campaign, offering performers as sacrifices to appease the mob. You can, however, never win. Sometimes, as in the case of Schuster, Showmax made a foolish pre-emptive decision to avoid being cancelled, which ironically backfired.

There are other alternatives to avoid these potential PR nightmares altogether, for example, including a disclaimer on their websites, advertising or production: “The views and opinions of our performers/artist do not reflect the opinions and views of (insert company name).” Another option is to stop apologizing and stop entertaining the behaviour in its entirety.

What does cancel culture achieve? Has anyone’s emotional well-being improved now that we don’t see the images of Schuster’s movies displayed on Showmax anymore? How has cancelling someone (in the name of tolerance, kindness and compassion) made our society less racist/sexist/homophobic/anti-semitic? If anything, it has caused more division, more hate and driving freedom of expression underground. Don’t allow dictators to destroy the art of comedy.

No one is above comedy.

No one is above art.

Art should never be censored.

Art should never be cancelled.

Allow the audience to decide. 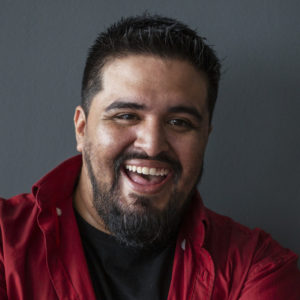 Joe Emilio is a South African comedian and YouTuber.