Dear Alan Winde, I beg you to reconsider.

Your recent comments considering the introduction of mandatory vaccination are inexcusable. By any system of moral principles, this is wrong. It is also not medically necessary. This measure can serve only to increase state power, enrich private contractors, and curry favour with an international system of biometric population control. It will alienate a highly principled section of the population that already has been made to distrust authority by the draconian culture which has emerged from liberal institutions in recent years. As extreme as these claims sound to those in the mainstream such as yourself, they are not baseless, and do not require a radical opposition to the elite consensus perspective on the nature of the pandemic.

The mRNA therapy does not offer protection to those who do not receive it, nor does the absence of vaccination pose any greater threat to the vaccinated. As is well-known in scientific literature, even by the most powerful and protected of institutions, the mRNA therapy does not prevent the transmission or mutation of the novel coronavirus. Even the American CDC, the political authority to whom most people now defer, acknowledge this. What this therapy does, is offer a temporary immune system boost which targets a narrow variant of this fast-changing virus. It is not necessary, and does not offer protection to those around you, only to oneself.

Additionally, there is no serious attempt to track the side effects of the therapy, which is only being tracked by outside organisations who are not capable of gathering the sort of data states and private medical corporations do. The known cases of severe or even lethal reactions to the immune therapy are underrepresented and systematically downplayed by all authorities, and most are not recorded by any medical authority, while almost every case of respiratory infection is marked as a case of COVID. Several medical professionals that I have spoken to, from nurses to doctors, have taken exception to the sloppy and biased method of collecting data. This bias is damaging, not only to accuracy, but to the credibility of the authorities who perpetuate it.

Even if the picture presented in public communication by favoured media outlets were perfectly accurate, the fact that the unvaccinated pose no greater threat to the vaccinated is enough to rubbish the claims of moral necessity. It is the right of every human being to refuse medical treatment, regardless of whether it is deemed a sound and prudent decision by others. To make this political, and deploy a system of bureaucratic monitoring to force people to accept a medical treatment that does not affect the lives of others, is an inexcusable overreach of government powers. To export enforcement to the private sector does not reduce the immorality of the decree, any more than it would for racial discrimination.

While I as a non-liberal Christian do not accord the malleable and fuzzy doctrine of human rights to be a coherent or legitimate one, I consider many of the provisions of the Geneva Convention and our Constitution (terminally flawed though it may be in other respects), which prohibit the use of mandatory medication and human experimentation, to be sound.

From the perspective of any reasonable interpretation of Christian scripture, it is morally prohibited to receive any mark (“stigma”, in the original Greek) that restricts the right to buy and sell, to participate in public life. Nor is it merely an apocalyptic sign – the use of stigma to exclude people from public life is a tool that has been used by many states, and is wrong in all cases. The imposition of such a stigma, such as the pass laws or race laws of the old regime, is inherently morally wrong, and it is the right and duty of any Christian to refuse it.

A year and a half ago, we were told that to deal with this pandemic, all we needed was a brief, two-week lockdown to relieve the hospitals of the pressure of a novel coronavirus which threatened a mortality rate not seen for 20 years. Those branded as conspiracy theorists soon told us this would continue forever, with intermittent shutdowns of the economy with every seasonal pulse, and result in mandatory vaccination and universal biometric dentification documents that would determine our right to participate in public life.

Now, Mr Winde, you have been persuaded that such measures, inconceivable even a year ago, is worth employing. I beg you to reconsider. I understand that R80 million from the Gates Foundation has perhaps increased your trust of such institutions. Nor can we afford to refuse the funds – tuberculosis is indeed a problem; in fact a far more severe one than the novel coronavirus. Yet we would never dream of imposing these laws for TB, AIDS, or any other disease. This is a politically motivated reform. And those pushing the reform, like the Gates Foundation, are of the lowest moral repute, having subjected illiterate peasant populations in Africa and south Asia to dangerous medical experiments and sterilisation programs without their knowledge.

Your blind trust in establishment authorities is concerning. You have scorned Cape nationalism both in public and in private. You have lavished praise on the ANC’s disastrous management of the riots in KZN and Gauteng. Your party shows dogmatic adherence to the UN’s Sustainable Development Goals in all its policymaking, the very same framework which the ANC uses as a justification for EWC, racial discrimination, crushing taxes and growing welfare dependency.

We as South Africans have demonstrated a capacity to swallow enormous quantities of despotism. Oceans of foetid sewage has been pumped into our guts for a generation, as terrorists, thieves, drug traffickers and rapists have ruled our nation with the naïve complicity of the liberal elite who believed their highfalutin excuses for graft and the consolidation of power were earnest expressions of a misguided ideology. But as this destructive and cruel order collapses, the nature of our communities is fundamentally transforming.

It is unlikely that we will take all these manipulations forever. Your authority does not rest on the approval of Pretoria, Washington or international NGOs. It rests with the people of the Western Cape, all of them, regardless of status. The more of us you alienate, the greater your sin, and the smaller your stature. By all means, make vaccines available. But to force them on people is morally wrong, and is unlikely to be forgiven. 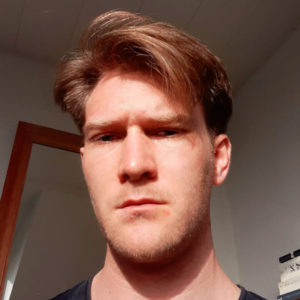