In today’s mainstream environment it often appears that articles, or analysis, are written to justify an end position rather than provide a rational explanation of the tenet being given in the first place.  Rather than prep the reader with an advanced warning of the writer’s own biases, the article is provided as if it is some objective piece based on non-partisan scientific fact.  It is amazing how often this turns out not to be the case.  I read an article, published today on ENCA, which is a clear example of this.  The article titled, “Work as we knew it has changed. Time to think beyond the wage”, is beyond an embarrassment to standard human intelligence to read.

The article appears to be co-written by Hannah Dawson, Liz Kouksman and William Monteith.  Hannah and Liz are both white female graduates from Kings College London, and Oxford University respectively.  Both specialise in ‘Inequality Studies’, and commonly call for the adoption of a Basic Income Grant.  William is a white male Senior Lecturer at the University of London who specialises in labour, which he writes is not appropriately valued by a capitalist economy.  It would be safe to describe all three as being distinctly white middle class individuals who have not experienced true poverty or problems of upward economic mobility.  Judging by their articles which focus on ‘redistributive economies’ it would be safe to describe them all as distinctly left wing, leaning towards Marxist ideology.

The premise of their article is that economies based on wages are not the norm worldwide (especially in Africa) with the availability of waged employment being on the decline.  Their argument is that ‘gig economy’ work is on the ascendency but fails to address the need for economic stability.  The upshot is that the author suggests that states should consider basic income grants.  The conclusion warrants direct quotation:

“The standard employment of the mid-20th century is unlikely to return. In any case, this model of work was only available to a select population of able-bodied white men in Europe and North America. It’s time to imagine new futures of work from the perspective of the global majority for whom wage employment has never been the norm. These futures include more redistributive economies which provide people with the time and security to create alternative forms of identity, meaning and community outside wage work.”

Standard waged economies have been in recent history the backbone of modern Western liberal economies.  A wage offers an individual worth.  It allows their time, effort, skill, education, and output to be rewarded in monetary terms.  The desire to increase one’s wages prompts one to gain better education and skill, and to improve their net output thus allowing them a degree of social mobility.  This likewise benefits society as improved output and increasingly skilled individuals continue to grow and expand economies.

The stability of a wage allows a standard household to adopt the long-lost art of adopting a budget.  That wage, or capital, when budgeted can to be reallocated according to need.  That capital can be redeployed toward greater education, or the purchase of private property.  A stable income can be leveraged against a bond on a house, which allows the individual to invest and ultimately accrue greater capital through their investment strategies.  This is ultimately how individuals achieve upward social mobility.

The authors call waged economies regressive relics of the 20th century.  They ultimately highlight individual choice and living life on their own terms as being favoured against a slave, or waged, environment.  They highlight examples of informal economies, where individuals prefer informal work as it allows the individual to have greater “autonomy and control over his time”.  This they argue is better than being “degraded and exploited”.

Interestingly Liz highlights in her work a village in Namibia who, despite being given a basic income grant, state that they felt waged income was more legitimate and “the best way to spend time, chase away boredom and earn money”.  One might therefore be tempted to infer that the benefits of a waged economy are self-evident by all those who have practical experience of both systems.  But no, Liz says, this simply shows that these individuals “find it hard to imagine other forms of activity”.  Instead, she claims waged economies are dangerous and underpaid and fail to recognise social care as being just as good as waged work.

There is a degree of irony in a lecturer, sitting at an educational establishment based in a first world economy, routinely taking their wages and yet bemoaning others who lack imagination of the alternatives.  But it’s okay, because these wage slaves argue that waged economies only ever worked for white men in Europe and North America.  This appears to fly in the face of the facts.  For example, according to the UK’s Office of National Statistic reported in June 2020 that over 72% of females in the UK were employed.  Doesn’t seem to just be men after all.  But nevertheless, these three white individuals know better.

It is the final line that is the most telling.  Rather than encourage economies based on wages based on effort and output, which lead to upward mobility, they wish to see “redistributive economies which provide people with the time and security to create alternative forms of identity”.  So basically, they wish to encourage the adoption of socialism so that they can focus on identity politics.

One has to question why the left feels that socialism means one can live in a utopia which allows extreme forms of individualism.  This has never been the case in any socialist society.  All socialist societies the world over have worked their populations to the bone and never remunerated them for their effort.  These socialist societies have likewise embraced strict forms of conformity in terms of identity, often suppressing the individual over the collective.  But that’s because, as we have all heard, they weren’t really socialist and real socialism has never really been tried before.

Perhaps the real reason for these triads of trash, masquerading as ‘journalism’ or ‘academia’, is that the individuals are simply lazy and wish to sit at home, on their own time, and do nothing.  At least if they came out and say this it would be intellectually honest and believable. 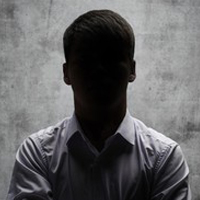