A new idea has emerged in South Africa and across the world. This is more than about vaccines or whether vaccines could be required for some people in some exceptional circumstances.

Rather, this new idea is one of universal compulsion: that vaccination becomes a condition for ordinary participation in everyday life.

This issue is more complex than meets the eye. Special emphasis in handling the problem tends to be placed on the dimensions of law, rights, and medical ethics. While these are indeed important, we think that relying on abstract reasoning is seldom likely to provide an adequate answer. Far more important to us than theoretical dimensions are practical considerations about what is required (and best avoided) during the time of Covid for a society to flourish.

Theory is certainly a useful guide to answering such questions, but ultimately, they must be answered with the help of old aids – wisdom and good judgement.

The question we want to ask and answer is whether it is wise to require vaccination as a prerequisite for being able to participate in everyday life.

Our answer is no.

Of course, few proponents of forced vaccination literally support the use of physical force (though, worryingly, some do). What is generally implied rather is a stepwise, escalating coercion until the unvaccinated can no longer tolerate it, and so they “agree.”

It is not that exclusion and obligation are always unacceptable. In a sense, all orderly social life is structured upon established forms of exclusion and obligation. Questions about the consequences and permissibility of force and coercion are always important, but no judge or scientist can determine these things in abstraction. It requires the exercise of wise judgement in concrete cases.

Wise judgement has always been represented by balanced scales. To act with wisdom is to uphold and maintain proportionality. In an era in which we have become accustomed to the unambiguous answers that data, abstract rights, and scientific endeavour apparently offer us, wisdom may sound like a vague and outdated concept. Yet no society can flourish without the application of wisdom in its affairs. The art of forming social policy only with the aid of science and without wisdom is unthinkable.

Proportionality in respect of the pandemic

There are at least three reasons why forced vaccination is disproportionate and unwise. The first is its disproportion in relation to the severity of Covid-19 and our state of knowledge about the problem. The general narrative, characterised by significant politicisation, unfortunately obscures much good news about the virus amid the tragedy. It also obscures a lack of certainty about several aspects of the problem.

The most important good-news development, which has been far too deemphasised, is that the virus spares nearly everyone who gets it, especially children and young adults for whom SARS-Cov-2 poses less risk than other common illnesses. Original models were easily 10 times too pessimistic. The first lockdown in South Africa, for example, was fuelled by the Sacema model, which predicted as many as a million hospitalisations and 350,000 deaths in the first few months. This is not to diminish a gloomy state of affairs brought about by Covid and harsh lockdowns. There have been notably more deaths than normal according to the Medical Research Council, and most of us can attest to acquaintances or family members affected by tragedy in the past year and a half.

Overestimation of risk also occurs among the public – in a recent Rasmussen poll in the USA, more than two-thirds of the population overestimated the confirmed Covid mortality rate, often even more than 5 times too high. This points to a considerable state of fear born from not properly accounting for what should have been cause for optimism and not despair – unexpectedly good news on overall mortality, mortality of the young, and natural immunity. And severely interventionist measures, like restrictions and forced vaccinations, remain in place despite the models upon which they were based proving wildly inaccurate.

Another cause for optimism is natural immunity. This immunity has come at a dear price – it should not be scorned or taken for granted. Professor Burtram Fielding reminded us last week on kykNETVerslag (kykNET Report) that people who recover from Covid-19 develop a strong degree of immunity. According to Fielding and others, this immunity is significant, likely comparable to or even stronger than that achieved with a vaccine. Estimates by Emile Stipp, chief actuary of Discovery, indicate that by August 2021 between 70% and 80% of the population in South Africa had probably already contracted Covid-19. That up to four out of five people have likely already survived the virus or the disease and enjoy the immune benefits should be cause for cautious optimism at the very least, and perhaps even cheer. Yet we hear little about this good news.

Aside from several causes for optimism after a tough 18 months, there is also the factor of considerable lingering uncertainty: namely that despite widespread agreement on many aspects, there are in many respects still wide differences of opinion among even the most well-known and established physicians and scientists. Differences include aspects of the characteristics of the disease, treatment, speed and mode of transmission, novelty of variants, vaccine efficacy, and more.

Take, for example, the issue of vaccine efficacy, which includes the degree to which the vaccine provides sterilising immunity and to what extent it limits transmission. According to Adrian Gore of Discovery, vaccinations reduce the risk of transmission by 50% to 80%. But Professor Shabir Madhi differs from this – he has said it is 50% or less. And this differs still from American epidemiologist and virologist Dr Anthony Fauci who recommended that vaccinated people still wear masks because vaccinations apparently do not make a material difference in transmission.

When respected experts (understandably) disagree on something so complex, is something as drastic as a society-wide forced vaccination program really an act of wisdom and good judgement?

Proportionality in respect of social and political risks

Secondly, the potential benefits of forced vaccinations are disproportionate to the political and social risks such a programme unleashes now and in decades to come.

One of the gravest risks of forced vaccination against Covid-19 is that we acclimatise people to the state applying centrally managed access control and surveillance and co-opting the private sector to help run these schemes. One need only look at China’s control and surveillance state to realise that we allow states this level of power at great risk to our liberty. That such a system may initially be limited to Covid-19 vaccinations, or that your mandatory app that you must scan frequently will initially promise ‘privacy’, should provide no reassurance. A new, dangerous norm is emerging in society, one that paves the way for unprecedented centralisation and concentration of state and corporate power. In policymaking, there is an old warning that a policy should be designed imagining a corrupt and incompetent government will one day apply it – in South Africa, no imagination is needed.

A further consequence of forcing all of society to be vaccinated through various coercive means is that it risks creating terrible divisions among people. A significant proportion of the world’s population is strongly opposed to being forced to take a Covid vaccine. To deprive these people of the services and access they rely on in their daily lives in the hope that they give in to vaccination, or even that the vaccinated comply with constant monitoring and reporting, will create bitterness and rifts in societies that may take very long to heal. These are the sorts of cleavages that not only create divisions within communities but also between them.

Once the genie of division and discord is out the bottle, it can take many years to recover.

Proportionality in respect of the alternatives

Finally, forced vaccinations are disproportionate because there are alternatives with a better risk-reward trade-off. One option for companies that value higher levels of vaccination among their staff is to offer incentives rather than penalties. Another is for the health and life insurance market to deal with the issue in the pricing of policies according to actuarial and business conditions. Also, positive, honest vaccination campaigns – which includes recognising the potential importance of natural immunity – are likely to result in more good will among the vaccine-hesitant and reduce the room for conflict.

We should also not forget that lockdowns can and should be relaxed without forced vaccination, as they do not work and do catastrophic social harm. Many parts of the world ended lockdown restrictions before vaccines were available with no markedly worse outcomes. Holding the threat of forced vaccination as the ticket to ending harmful imposed restrictions presents a false and unfair choice to the public. History has certainly shown it unwise to present such choices to societies.

The worst mistakes often stem from hasty decisions taken with overconfidence about the merits of new ideas.

Forced vaccination, which entails harsh penalties in the daily lives of the unvaccinated, is a sweeping and disproportionate step. It is unwise. We can have more cause for optimism about Covid than is asserted by those wishing to enforce the mandates. We likely know considerably less about current health risks than we think – a fact that should invite caution, not panic. We underestimate the political and social dangers that may arise from a monitored society and from driving a hard wedge between people on a sensitive matter. We overlook less drastic, more harmonious alternatives.

Forced vaccination, particularly if it has never been part of an organisation or sphere of activity before, and certainly as a prerequisite for participation in day-to-day life, strike us as unwise and likely to create more problems than solutions.

We do not see it as the path to a flourishing society. 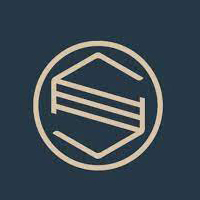