Civil society has a long and celebrated history in South Africa, often being called upon to step in when the State is underperforming, misbehaving or overstepping its bounds. Support for these organisations is thus a logical imperative for those of us who are tired of the State’s shenanigans and seek to live our lives as separate from these intrusions as possible.

Furthermore, it must be appreciated that, while the political left is adept at creativity (fundamental to progressivism), the political right’s greatest strengths lie in the ability to effectively organise (fundamental to conservatism), especially in defence, however unfortunate this may be and with an appreciation of the limitations of the left/right spectrum.

For these reasons, I have chosen to do a series of articles, each highlighting an organisation doing great work in preserving our freedoms, allowing the reader a brief breakdown of the scope of work, ongoing efforts, and battles won.

Established in 2011 as a self-reliant non-profit business group, Sakeliga acts to improve the business environments through legal and policy interventions and base such actions on “a free market, constitutionalism, sustainability and a strong community value system”. Using the power of markets and the ingenuity of entrepreneurs, Sakeliga sees its role as “to coordinate and strengthen solution-driven business communities”, building an independent community of businesses, aligned to a common legal strategy allowing or both strength in numbers as well as maximising the advantages of legal interventions and precedents.

Policy work is a crucial function as public policy has a considerable influence on the environment businesses operate within; in this realm, Sakeliga monitors policies being produced by the government, focusing on the maintenance of property rights and the negation of undue interference from politics. This is achieved by advocating for constitutional order, free markets, and strong communities, in official political platforms such as submissions on proposed policy or legal action and publicly through press releases, opinion pieces, seminars, and more.

Suppose you are reading this on the Morning Shot website. In that case, I will take it as given that you are aware of the disastrous consequences BEE has had on businesses directly and the cadre deployment mechanism, which has seen the ANC’s crooked fingers slide into many pies. To combat this monstrous policy, Sakeliga coordinates business and uses a piecemeal legal approach to dismantle BEE policies, one case at a time, a necessary strategy given BEE’s entrenched monolith. Further, business persons are encouraged not to abide by such policies and seek the best value business partners beyond such a vapid distinction as to race.

Sakeliga is currently at the Constitutional Court awaiting judgement in a case having “far-reaching consequences for the future of race-based legislation and its impact on the business environment and economy in South Africa”. This case is an appeal from the Minister of Finance after Sakeliga won, with costs in the Supreme Court of Appeals. While the case seeks to find against 207 procurement regulations put forward by Pravin Gordon during his stint as head of the Ministry, these regulations allowed for the denial of procurement contracts based solely on BEE compliance, rather than compliance making up a percentage of tender points as had been the case previously. While this case is ostensibly about the powers of a Minister, it allows for important arguments against BEE to be brought before the highest court in the land, this is especially the case given the Free Market Foundation’s addition to the case as amicus curiae (friend of the court), bringing up concerns over the Minister’s actions in light of the Rule of Law but perhaps most important, the Rule of Law project, “seeks to assist the court by drawing attention to the Constitution’s commitment in section 1(b) to non-racialism” according to a statement.

Big Win against State-Owned Tyranny and Lack of Accountability

With the Constitutional Court denying Eskom leave to appeal in the judgments handed down in the Supreme Court of Appeal, Sakeliga was an amicus curia; a significant battle has been won against a lack of government accountability the pernicious effects this has had on end-users.

The outcomes of this judgement, especially given the arguments from Sakeliga, cannot be understated as can be evidenced by CEO Piet Le Roux:

“State institutions in dispute over an issue such as debt collection must now turn to intergovernmental dispute resolution, and the National Treasury has a responsibility to intervene to help resolve disputes. These processes were not followed before this ruling, and state institutions such as Eskom could pursue an easy way out – to hold paying end users hostage until debts are settled.”

This does not only affect cases with such specific contexts but provides a novel legal mechanism to address the failing State of our public institutions and the undue burdening of the citizenry:

“The ruling applies to all state institutions and comes down to the fact that state decay can no longer be made the problem of communities and private third parties. The national government also now has an undoubted duty to take responsibility for local and provincial state decay and can no longer deal passively with that responsibility. Significantly, the court is critical of the national government’s long-standing breach of duty in this regard.”

This is by no means a comprehensive account of the work and achievements of Sakeliga as an organisation. However, I hope it acted it as an appetiser, if you like what you have read and would like to know more; I am sure they would appreciate a visit to their website: sakeliga.co.za. 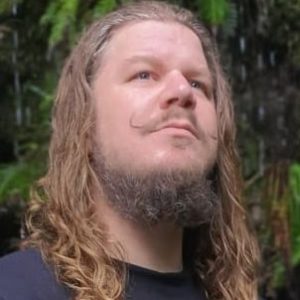