What is actually going on with vaccine inequity?

The effects of COVID-19 have been felt most keenly in poor countries. Some of the mechanisms for this are obvious; the less medical resources a country has, the less able it is to treat COVID patients. Research has revealed that the age-specific Infection Fatality Rate of COVID-19 is considerably higher in poor countries. Poor countries also face harsher decisions in managing the pandemic; social measures to mitigate transmission come at a high economic cost that they can ill afford. All of this is compounded by the fact that poor countries have, on the whole, made far less progress in vaccinating their populations, leaving them mired in the pandemic just as their wealthier counterparts start to emerge back into normal life and activity.

We should all be angry about that even if we are not directly affected; it is fundamentally unfair when circumstances work most harshly against those who are already at a disadvantage. Moreover, continued transmission anywhere in the world enhances and perpetuates the risk of further mutation of the virus. This risk is heightened in the global south; it has been established that mutation is greatly accelerated in chronically-infected immune-compromised patients and the majority of the world’s HIV-positive patients reside in Africa specifically. For the sake of mitigating the global risk of mutation, vaccination of these regions should therefore be considered an absolute priority.

It follows that the world’s attention should be directed toward resolving vaccine inequity. Like any problem, of course, vaccine inequity cannot be resolved unless its causes are clearly identified and unfortunately, that will require some difficult conversations.

A recent op-ed entitled “An inconvenient truth: the real reason why Africa is not being vaccinated” has been circulated astonishingly widely, and posits that the reason for Africa’s severely delayed vaccine rollout is racism on the part of US-based pharmaceutical companies. Racism is indeed evident in recent utterances by executives of those companies, but any claim that it is the proximate cause of Africa’s severely delayed vaccine rollout is objectively untrue. The shortage in Africa has arisen largely because of non-delivery of some 560 million vaccines purchased by the COVAX consortium from the Serum Institute of India, a fact which goes entirely unmentioned in the op-ed.

To further support its narrative, the op-ed reiterates the frequently-repeated statistic that the majority of the world’s vaccine doses have gone to rich countries. What it omits, quite carefully, is any elaboration on which rich countries that statistic is actually referring to. As a matter of fact, China has administered 2.3 billion vaccine doses, per OurWorldIndata.com, which is more than Europe, North America, South America and Africa combined. Those 4 continents have administered, per OurWorldInData.com, 2.1 billion doses, among a total population roughly double that of China.

India, whose population of 1.38 billion comprises 17.5% of the world’s total, has been utterly ravaged by the virus and still lies badly behind in per capita dose administration, at just 70 doses per 100 people. That still amounts to almost 1 billion doses, however, a significant fraction of the world’s total, and the majority of those have been COVISHIELD, a vaccine that is licensed from Oxford AstraZeneca. This leads to another remarkable statistic: vaccine technologies developed in Europe have vaccinated more people in India alone than in all of Europe. In fact, vaccines developed in the US and Europe have comprised in excess of 40% of all vaccines administered globally, but those places have utilized less than 20% of the global supply. This fact is incompatible with the narrative of the US and Europe keeping vaccines to themselves and hanging the rest of us out to dry.

While India’s non-delivery of doses to Africa is not mentioned in the op-ed, the country is praised for its calls on US pharmaceutical companies to hand over their technology. Those calls ring somewhat hollow when one considers that India produces considerably more vaccines than those companies do, primarily using technology developed in Europe. India sells those vaccines at a profit, whereas their original developer, Oxford-AstraZeneca sells them to third-world countries at cost.

These figures clearly demonstrate that vaccine inequity does not arise from Europe and the US utilizing a disproportionate quantity of vaccine doses, nor from a failure to disseminate vaccine technologies developed in those regions. Instead, the bulk of the numerical disparity of vaccination between rich countries and the rest of the world arises from China’s vast domestic consumption overshadowing so much of the world’s vaccine rollout.

Europe and the US have been far from perfect in their conduct, but to lay vaccine inequity at their door requires contortions of logic and a deliberate obscuring of the facts. It also reflects a deeply-entrenched assumption that the problems of the third world can only be solved by the intervention of former colonial powers. 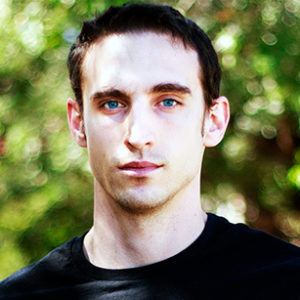