White Privilege Does Not Constitute Moral Debt or Guilt

Throughout the ‘pandemic’, the spectre of race conflict has lurked in various moments and events:

The underlying assumption behind these trends is that white people have accumulated power and wealth in a dastardly fashion and owe a debt to marginalized people of colour, as well as to the Two-Spirit Lesbian Gay Bisexual Transgender Queer Questioning Intersex Asexual Community – aptly summated by Canadian Prime Minister Justin Trudeau on Indigenous Peoples Day in Canada.

(Whiteness equals hetero-normativity too – despite every other race finding the heterosexual appetite to propagate themselves. Even ‘climate change’ is blamed on white people – Greta Thunberg does not travel to China or India on boat to berate them.)

But is this notion of white privilege coherent or true?

I do believe white civilization carries privileges in a general fashion – but by no means for all white people.

If you are of European descent you are indeed privileged to be an heir to the culture which fostered Christianity, classical music, beautiful architecture, Renaissance art, advanced sanitation, antibiotics, universities, hospitals, combustion engines, and human rights.

For many white people, this heritage has meant high levels of education and wealth and power. Ironically, activists who bemoan white privilege implicitly confirm the truth of all of the above. Thanks, guys!

But it is important to note that literally millions of white people have not garnered wealth and power from their ancestry.

Europe committed suicide in the trenches of World War I. Millions of white, straight, Christian men were slaughtered. Ask them about privilege. Afterwards, they lived through a Great Depression.

Europeans were enslaved in similar numbers to Africans in the Ottoman Empire. Indentured white labour even existed in the USA for decades.

Wage slavery accompanied the Industrial Revolution, including for white children.

Hundreds of thousands young white Americans died in the US Civil War to end slavery.

(This is besides the debated deaths of millions of blacks during the Zulu upheavals and the deaths of approximately 20 000 black South Africans during the ANC’s People’s War.)

That said, it is still generally accurate to speak of white privilege in a general sense, whilst allowing for the dangers of generalization and stereotyping which liberals used to try avoid and bemoan as evil, before their flirtation with Communist collectivism turned into a love affair.

To me, the real question is whether this privilege been accrued at the price of moral guilt, and whether whites like me owe a debt as a result.

For the BLM crowd, the answer is a resounding yes, owing to the histories of colonialism, apartheid, and the Atlantic slave trade. Whites now need to atone, to acknowledge their complicity, their undeserved benefits, and make amends.

There are a number of flaws and dangers in this sloppy, fanatical line of thought.

First of all, there is no planetary moral court that can decide which people group owes which one more.

Who says, or has the authority, to judge whole people groups? Nobody. It is just moral posturing to make these sweeping claims. There is just no reason either to hold up multi-culturalism as some kind of ideal for which we should all strive, as an ideal by which we should be judged. Most people do not want to live in such a fashion.

Racial groups exist as a result of shared history and blood ties. They are an extension of family loyalty to a large extent. As an inevitability, these loyalties should be kept in the light, moderated by human brotherhood, rather than pushed into the shadows, as is happening as a result of social engineering the world over.

Secondly, even if one plays this game, it fails by its own reasoning.

It is simply not true white people are guiltier or done worse things than other people groups.

Everybody kept slaves around the world. Slavery still exists, and in large numbers in Africa and Asia. Europeans were the first to abandon it. Notably, they did not need to go into the interior of Africa to imprison slaves – they bought them from their own African slave-masters.

Colonialism happened in Africa by Africans, just as it did everywhere else in the world. A colonizer crossing an ocean rather than a river has somehow now become the great marker of evil.

In South Africa, it may sound harsh, but apartheid will come to be seen as a minor blip of human roughness. As it recedes in history, it will be seen in the light of Communist massacre of tens of millions, in the light of Genghis Khan’s domination of the Far East, Caesar’s brutal subjugation of Anglo-Saxon and Gaulish savages, Hitler’s camps, African civil wars, and Napoleon’s decimation of Europe.

History is rough. And it marches on. There is no unfolding dialectic, no inviolable law of progress. People put themselves, their families, and their people first. Every people does this.

And let me say something even more frank.

It is now simply a fact that white people in multicultural societies suffer more crime than they commit against other groups. This is just an unpalatable truth, from the US to South Africa, from Sweden to France.

In those countries, it is equally indisputable that swathes of black citizens are privileged too. An educated black person in South Africa has corporations begging them to be employed. And they enjoy success without the social stigma of guilt.

Thirdly, the language used by racial activists and the policies they advocate, basically amount to hate speech and a call for violence.

Jean-Paul Sartre, the radical French philosopher famously wrote in the foreword to the now widely celebrated book, Wretched of the Earth by Frantz Fanon:

“When the peasant takes a gun in his hands, the old myths grow dim and the prohibitions are one by one forgotten. The rebel’s weapon is the proof of his humanity. For in the first days of the revolt you must kill: to shoot down a European is to kill two birds with one stone, to destroy an oppressor and the man he oppresses at the same time: there remain a dead man, and a free man; the survivor, for the first time, feels a national soil under his foot… Will we recover? Yes. For violence, like Achilles’ lance, can heal the wounds that it has inflicted.”

Sartre remains a hero of the Left – the great existentialist liberator!

Perhaps because he utters what the rest of them could not bring themselves to say openly.

The critique on whiteness or European culture is not a call to some greater unity. It is a call to violence and destruction.

When a radical South African politician like Julius Malema, the leader of the third largest party in South Africa, and potentially the next Deputy President if the ANC is forced into a coalition to stay in power, calls his followers to slit the throat of whiteness or to kill the boer, kill the farmer, what do you think happens next?

(Intriguingly, the leader of the Hutu militants was a Tutsi… Who coined the phrase ‘white privilege’?

White privilege, ‘critical race theory’, whatever you call it, is not some kind of moral transformation movement. It is not interested in peace, it has no concrete goals with which it will be satisfied.

It is simply anti-white blood libel.

And if it continues, alongside inflation, vaccine mandates, rising starvation, these fanatics could find themselves bringing about the fulfilment of ‘Helter Skelter’, the apocalyptic vision of the grotesque prophet of America’s Death Valley.

Perhaps, like Sartre, that is what they wanted all along. 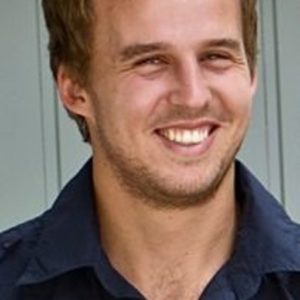 Chris Waldburger is a teacher and freelance journalist. Challenging modern nihilism since 1986.