How to lose a friend to Covid (mania)

A baker’s dozen of easy steps.

I’ve lost some friends to Covid mania. It’s horrible. It hurts deeply. It weighs on me. But I can’t see an alternative.

Here’s how it happens. I make light of it here. At times I’m downright sarcastic. That shouldn’t diminish what I said above. I have what has happened.

I wonder if you’ve had a similar experience?

*I’m avoiding citing evidence here. I’ve put that all on prior posts. But this one is about capturing the process. I think that is instructive on its own. And I’m curious to hear how other people have experienced this.

Note that the burden of proof is squarely on them. Not just to show any Covid response is right, but to keep showing it.

It is. We were open to move around freely, decide whether to flop a dirty cloth over our faces, choose our medical treatments privately.

A good 50 years of evidence said that the way to respond to a viral pandemic was not to lockdown; not to mandate masks; not to mandate vaccines that are about a year old. And that contact tracing was a bunch-of-piece-of-shit.

Even in early 2020, mainstream scientists still said as much. But science was led by politics. Most scientists are reliant on government and big corporates for their funding. They can’t afford to oppose them.

It will seem unfair to the hypnotised Covid fanatic, we have to prove nothing to justify opposing lockdowns. Zero. Zilch. Not locking down is the established state, backed by far more long-established and more reliable science than locking down.

Demonstrate how much despatching this burden involves. They have to shot:

Repeat for masks and vaccine mandates.

And that if you cannot demonstrate all of these things, supporting these measures is wrong and highly immoral. Medicine says first do no harm. It demands informed consent. And the world is littered with examples of humans making massive interventions that went on to be shown to be horrifically worse than just sitting there. #Thalidomide

{Now you’re off running. But some friendships will need more to ruin them…}

Masks might have a small benefit. MIGHT. But they also demonstrably have costs. I reckon the clue is in the plain fact that breath goes through and around masks.

Opposing lockdowns is seated in compassion. We’re not into killing grannies.

{Now you’re getting hot. You’ve lost almost any friend. But I’ll carry on for those real tight compadres.}

They are on the side that is using big tech to censor entirely reasonable evidence and arguments. Okay, I’m pressing on guilt by association here. Not quite fair. But Jesus, I wouldn’t want to be on the side of censorship. It has never been the right one.

None of the efforts to rubbish Sweden had any strength ever. But now the evidence is renewed and brighter than ever. They did fine. They’re out of the pandemic completely. They didn’t “kill all the old people” or “let it rip”. They weren’t the “experiment”. It’s not because of culture, population density or great healthcare. Those aren’t blips in the analyses.

The mad little things aren’t little things. Cyril Ramaphosa and his “Command Council” in South Africa banned jogging outdoors. There was never evidence this would limit spread. There was always evidence that jogging was a fantastic way to protect us against Covid.

This was not just a mistake. This was a crime against humanity. These decisions must not be lost in the greater mess. There must be a reckoning. Cyril and many others must be tried.

You have suddenly started giving medical advice. That is unacceptable.

Outside of a doctor advising his patient, this is always wrong. “Get the vaccine so you don’t die” is medical advice. It also contains a lie. To eliminate the latter, here’s a fix: “… so that you briefly, maybe, but probably won’t limit your chances of getting a virus that you’ll almost certainly get at some stage, by using a partly tested medical treatment which definitely has small risks and may have major risks, even though natural immunity is better in every way, even though the vaccine temporarily but fadingly seems to limit symptoms and chances of death.” Still, unacceptable to give medical advice.

There is no long game to locking down, masks and vaccines.

Viruses are self-limiting, following a Gompertz curve, and become endemic. Masks don’t stop that. Current vaccines don’t stop that. A proper vaccine, as per polio, will fix the problem. But we don’t have one. Probably never will.

And reading the popular media is not sufficient. The vast majority of journalists are arts graduates who aren’t experienced at reading scientific papers. They read the press release, filter it through their on biases (as we all do) and publish. They get it wrong almost systematically. A brief article or video insert cannot communicate the details. What was the p-value to determine the level of confidence? What was the adjusted R-squared to tells us about the explanatory power of the regression model? Hell, let’s go to basics, what was the sample size?

Yes, it is entirely possible for entire populations to go mad. It happens with tragic frequency. 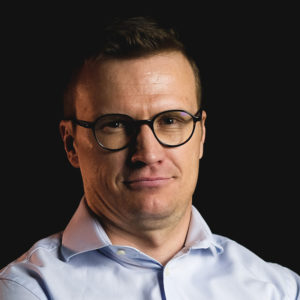 Ian Macleod studied business science at the University of Cape Town, and journalism at Rhodes University. He completed his MBA at the University of Pretoria’s Gordon Institute of Business Science (GIBS) in 2017. Ian's career has spanned from feature writing for magazines to consulting at a big four professional services firm. Currently he divides his time between two consulting roles, one in a quasi-academic capacity and the other to investment firms in the novel field of narrative economics.