Why Elon Musk Should Not Invest In South Africa

Elon Musk, one of the world’s greatest businessmen, the man responsible for electric cars, space exploration, and online payments. He is the antithesis of mediocrity.

One of his latest companies is called Starlink. Starlink will provide uncapped, high-speed, low latency internet to the most remote locations globally using a constellation of 1000s of small low orbit satellites to be internet services to customers using antennas.

It is currently available in America, the UK, Canada and Australia and has speeds between 50 and 150 megabits per second. Those speeds are expected to improve as more of its satellites are launched into orbit. And in February of this year, they opened pre-orders for Starlink in several countries worldwide, including South Africa, with the expectation to go live in 2022.

The majority of South Africans have limited access to the internet, often relying on expensive data bundles for their phones. The lack of internet access retards education and economic power, especially in the current lockdown scenario. The internet provides access to valuable knowledge and opportunities for people who can navigate it. However, the ANC does not want Starlink to come into this country without a BEE bribe.

Starlink will need the approval to provide internet services from the Independent Communications Authority of South Africa (ICASA), which recently dreamt up a new policy that requires all telecom licensees in the country to have black owners.

So, for Starlink to provide much-needed internet to South Africa, they will have to bribe a local “black” company to own 30% of Starlink in South Africa.

This is but another example of the economic shakedown known as BEE. If you wish to invest in South Africa, the ANC will extort a bribe from you in the name of ‘transformation’. Cadres will use the bribe to transform the numbers in their bank accounts.

But the ANC is quite willing to play this game because it gains much from BEE while leaving ordinary black, South Africans and South Africans of all colours in the dark.

Another aspect of BEE echoed by IFP leader Mangosuthu Buthelezi is that the reckless implementation of affirmative action forces many people to leave the country searching for w, which creates a massive skill shortage.

Perhaps that is why the South African government wanted hundreds of Cuban doctors to help out with the pandemic and has now ordered 24 Cuban engineers to fix water pipes.

Look at the SOEs that implemented aggressive BEE policies; Eskom, South African Airways and Prasa. They are all crippled with corruption, poor productivity and bankruptcy. And the direct impact of this failure is felt by all South Africans through load-shedding,  cost of transport, the increased cost of doing business and the like.

There also little doubt the ‘transformation’ has been the prime enabler of state capture and corruption in South Africa. Some have argued that the hidden “tenderpreneur premium” South Africa has paid for goods and services over the last decade is over R1 trillion.

But the ANC doesn’t care; they are doubling down on economic empowerment. Under the new proposed Employment Equity Amendment Bill, the labour minister will set numerical targets for different business sectors. And even this is a step too far for previous beneficiaries of BEE.

If Elon Musk happens to read this one day, my recommendations are: Do not bother with South Africa. Do not even attempt to put any of your products in this market.

South Africa is the poster child of economic mediocrity.

Stick to jurisdictions that understand how an economy works – you’re better off there. 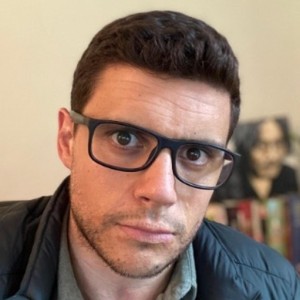